Probiotics from the earth! PROTECT supports immune function and a healthy digestive tract. With proven soil-based organisms and natural prebiotics. For dogs with digestive or health issues, give twice per day.
For healthy dogs, give once per day

PROTECT is a daily supplement for both healthy dogs and dogs with digestive/immune issues.

PROTECT is a daily supplement with ingredients that can target your dog's immune system and brain including:

Saccharomyces boulardii:
A healthy, probiotic yeast used to treat diarrhea and fight off disease-causing bacteria and yeast in the gut.

Soil-based probiotics (SBOs) are species of bacteria found in soil. Unlike  Lactobacillus and Bifidobacterium, most SBOs are spore-forming. This means they can form a hard coating that protects them from heat, stomach acids and most antibiotics. In fact, many antibiotics are made from SBOs.

The SBO's protective coating means they don't need to be refrigerated.

And unlike most probiotics that come from dairy (like Lactobacillus and Bifidobacterium), the SBOs in PROTECT are hypoallergenic. That's good news for dogs with dairy allergies.

The SBOs in PROTECT have been well widely used and researched and found to be effective:

This friendly little SBO is often found in fermented foods such as sauerkraut. It's well-studied and has a marked effect on inflammatory digestive conditions. Research shows it can help:

This SBO is an inhabitant in healthy guts. Even before antibiotics were developed, B. subtilis was used to treat urinary tract infections and GI diseases.

B. subtilis helps the immune system product immunoglobulin A (IgA). This antibody is often low in dogs with autoimmune disease. It also bolsters the gut lining, which prevents toxins, bacteria and undigested food from entering the bloodstream and triggering an immune response.

It's a powerhouse probiotic with a proven track record!

This SBO is extremely unique ... and useful! B. indicus produces large amounts of carotenoids, which are the yellow and orange pigments found in plants. These carotenoids are powerful antioxidants ... in a more bioavailable form than those from plants.

B. indicus also produces B vitamins, vitamin K2 and quinols for extra health-boosting results. Dogs with unbalanced guts (dysbiosis) won't have enough friendly probiotics to this this.

Saccharomyces boulardii is considered to be a probiotic but it's actuallyyeast. But don't confuse it with brewer's yeast!

This little guy loves to attach to heavy metals and eat them.Dogs are constantly exposed to pesticides and their vaccines and even food are a full of mercury, aluminum and other harmful metals.

Saccharomyces boulardii is a healthy way to remove toxins before they travel to the organs and harm your dog.

Saccharomyces boulardii is also used to treat and prevent diarrhea, including infectious diarrhea such as parvovirus, and the overgrowth of harmful bacteria in the gut.

This friendly yeast has also been shown to effectively fight yeast overgrowth and Candida.

Blueberries are the most nutrient-dense berries. Plus, they're one of the richest sources of special antioxidants called polyphenols.

Wild blueberries are richer in antioxidants than highbush blueberries.

The antioxidants in blueberries have been shown to fight DNA damage, a common precursor to diseases like cancer. In one study,blueberries reduced oxidative DNA damage by 20%.

And powdered blueberries performed just as well as fresh ones.

Blueberries can also maintain brain function and improve memory, thanks to their antioxidant activity. In fact, a six year study showed blueberries delayed mental aging in humans by up to 2.5 years.

Bentonite clay comes from volcanic ash. It has a unique structure that can absorb negatively charged toxins, including pesticides, lead, mercury and other heavy metals.

Over time, toxins can build up in your dog's body and interfere with organ function.Bentonite clay has been found to bind to these toxins and help cleanse the body.

Cabbage is packed with nutrients and anti-inflammatory polyphenols. It's also rich in insoluble fiber, which keeps the digestive system healthy by adding bulk to stools.

It's also rich in soluble fiber, which feeds beneficial bacteria in the gut, including Bifidobacteria and Lactobacilli.

Chlorella pyrenoidosa is a species of single-celled green algae. It's extremely nutritious ... but it offers other health boosting properties:

Dandelion root is another antioxidant powerhouse. But its also rich in prebiotics.

Prebiotics are compounds that are fermented by probiotics ... they basically feed the healthy (probiotic) bacteria populations in your dog's gut.

It's rich in fiber, including inulin and FOS. These both inhibit the growth of harmful bacteria in the gut and improve immune function.

Just as our probiotics come from the soil, so do fulvic and humic acid!

Fulvic acid is released into soil as organic matter decomposes. The resulting substance supports your dog's body in many ways:

Like fulvic acid, humic acid comes from the earth. It's also rich in minerals and trace minerals. Because it's getting harder to get enough minerals from food, adding them to the diet is part of a solid health plan for every dog.

We stand behind our products 100%. If for any reason you're not completely satisfied with your Four Leaf Rover products, we offer a 30 day full product refund. 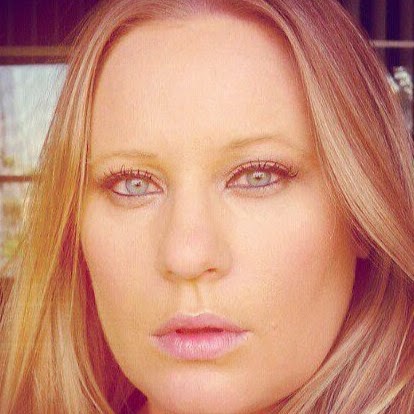 Protect is such a great daily addition to your dog's diet! Not only does it help to maintain a healthy gut, but it also filters out toxins and contains antioxidants! You can feel good about giving this to your dog to contribute to his health!
01/30/20
1 2